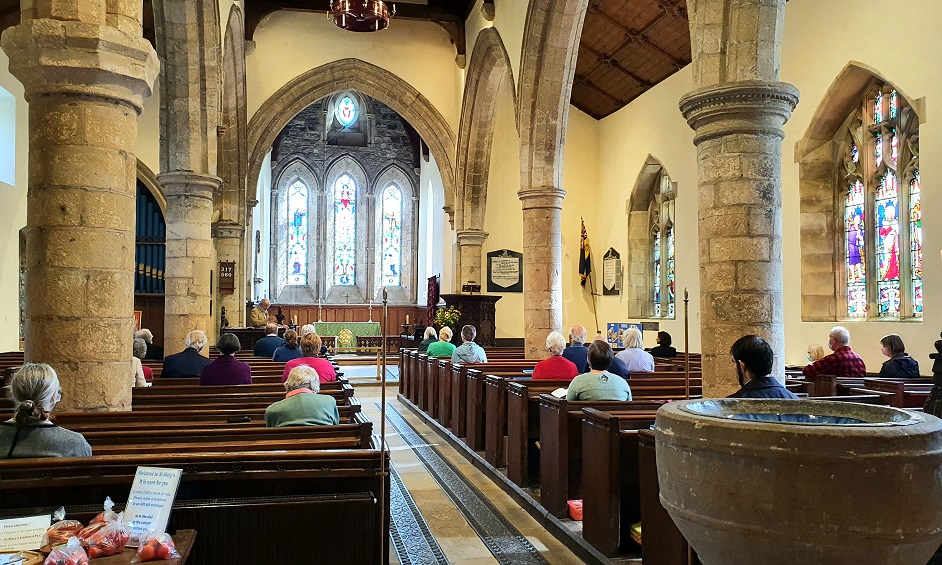 St Mary’s Church is a grade 1 listed building, originally dating from the 8th century and founded on a monastery which was a centre of stone carving. It was re-modelled and extended in the Early-English style in the 13th century and still retains many features from that period. The Victorian restoration was sympathetic and left us with a legacy of a famed three manual organ and a ring of six bells, both of which are in regular use.
The building is in fine condition and has an accessible toilet and kitchen with the west-end opened up as a coffee area and meeting place.

Recently, interpretation boards have been installed to illustrate our long history and how it relates to our faith today. The P.C.C. has a policy to keep the church open every day and so use it as a silent witness to our faith down the ages. We have many appreciative comments in our visitor’s book and our recently created chapel, dedicated to St. Cuthbert, is used for prayer and quiet. The church is the starting point of the Way of Life pilgrimage to Durham Cathedral.

Sunday services are held at 10.45 a.m., mainly Eucharist but with a service of the word monthly. A Sunday school and play space are available at the west-end.

Gainford has a population of about 1400. It is an ancient settlement built around a large and beautiful village green surrounded by mature trees. The settlement was founded on a ford across the River Tees in Anglo-Saxon times.

It still justifies its title of “Queen of Durham Villages”, the core of the village being Georgian or earlier with later housing to the north of the main road.

The riverbank walk, which is accessible through the churchyard, is owned by a community trust and is a much-loved feature of village life.

The parish is part of a Local Ecumenical Partnership linked with Saint Osmund’s Roman Catholic Church and former members of the Methodist Church in the village. The Roman Catholic Church has two congregations, one the original “Catholics” and one linked to the Ordinariate, and the priest is based in Barnard Castle. We work well together and our witness as Christians is strengthened. 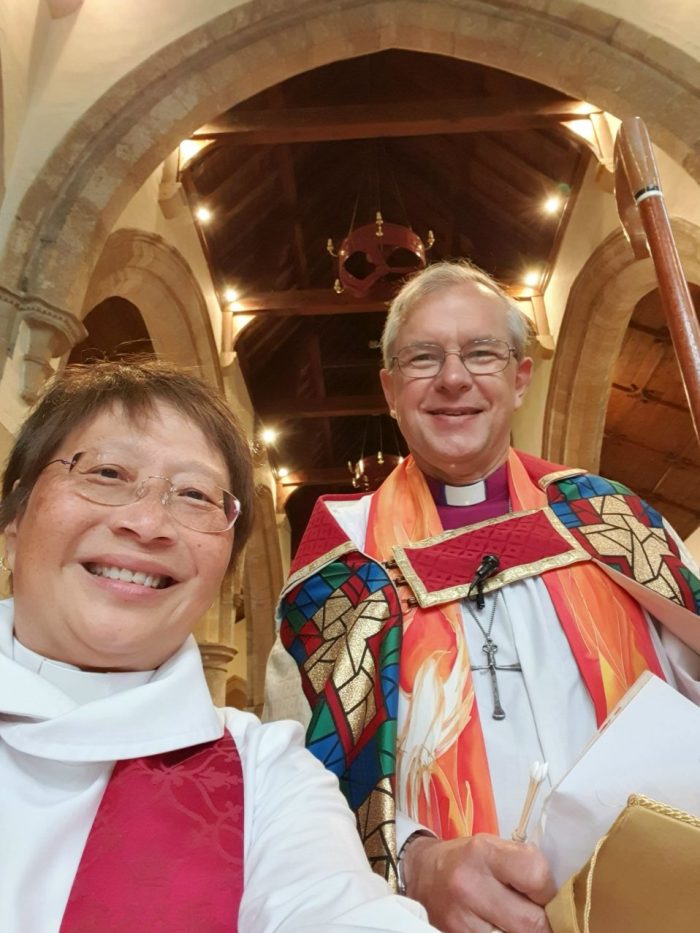