Acts of Service: A Serviceman’s Perspective

Acts of Service: A Serviceman’s Perspective

When, as a wide-eyed army recruit at Pirbright Barracks in September 1981, I took the Oath of Allegiance, the trepidation and exhilaration of the surreal and breakneck environment of The Guards Depot offered no time to consider in depth the meaning of Service.

I swore by Almighty God to be:

Lord Mountbatten had been assassinated two years before by the IRA (another enemy was to present itself the following year in the shape of the Argentines), the Prince of Wales had married Lady Diana Spencer in July that year and the Queen’s annus horribilis was a decade away. The Royal Family was riding a wave of loyalty and respect, and it appeared to me that my duty and allegiance was to The Crown and that Service demanded me to observe and obey orders from the top.

My loyalty and allegiance to Country was also indisputable, `For King/Queen and Country’ still a rallying battle cry. In exchange for my Service, I knew my Country valued me. However, by 2000 British army needed to cement that relationship with `The Military Covenant’ (written by Maj Gen Sebastian Roberts who consciously modelled his approach on that of St Benedict) which skilfully asked the Nation to treat its soldiers fairly, to value them `as individuals, and that they (and their families) be sustained and rewarded by commensurate terms and conditions of service’ in recognition that `soldiers will be called upon to make personal sacrifices – including the ultimate sacrifice – in the service of the Nation.’

The `Values & Standards of the British Army’ (2018) echoes the Covenant and reminds professional officers and soldiers that they `serve the legitimate political objectives of a nation’, and that `the Army, along with the other Services, exists to defend the Nation, its citizens and its national interests.’ 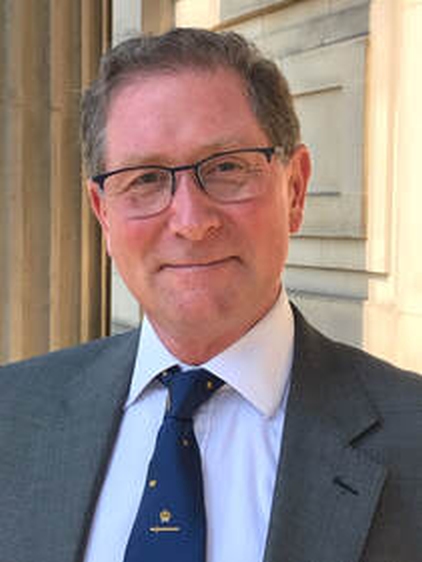 In January 1982 I made the short trip to the Royal Military Academy Sandhurst with the notion that Service meant a commitment of loyalty, life and limb to the Monarch and the Nation. Sandhurst gave me an even stronger, deeper and more enduring meaning of Service – that of service to your fellow men and women. On arrival all officer cadets are presented with a small red book – `Serve To Lead’ – an anthology of British military leadership with quotes and exemplary (and not so exemplary) actions in battle that illustrate the physical and moral courage needed to ensure success in war and on other operations.

`Serve To Lead’ is a paradox often misunderstood. Is the duty of an officer simply to lead and keep your soldiers in line? After all, the Queen’s Commission is clear:

` You are, in such manner and on such occasions as may be prescribed by Us, to exercise and well discipline in their duties such officers, men and women as may be placed under your orders from time to time and use your best endeavours to keep them in good order and discipline.’

Sandhurst does not prescribe the true meaning of leadership, but rather provides the officer cadets with the tools to develop their own understanding of leadership which they then employ across the world in defence of the Nation, its citizens and its national interests. It teaches you how to become and behave as an individual within a community while maintaining not just a strong sense of duty to one’s superiors and to one’s men and women but also to the dead and those yet to be born. 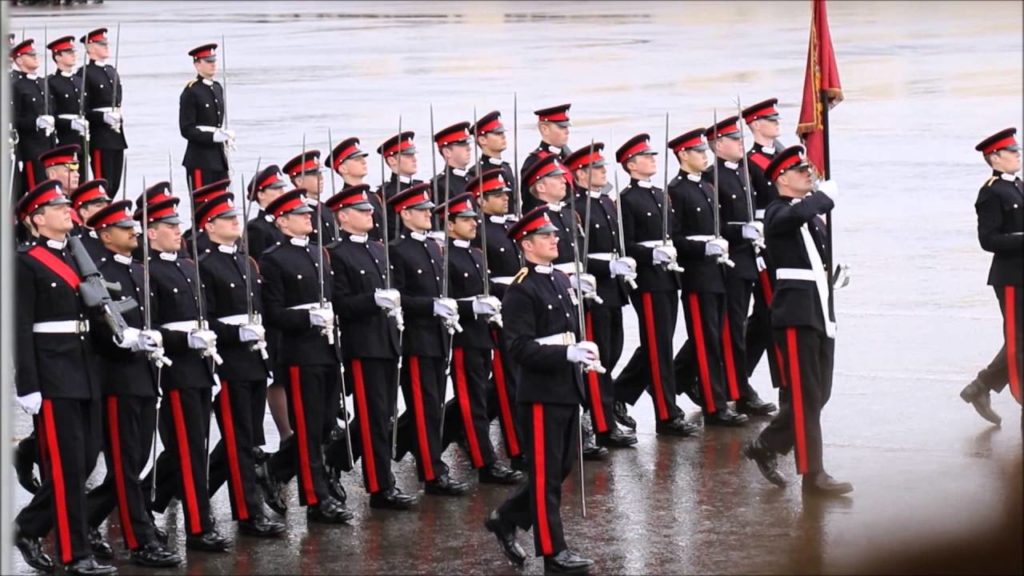 Military leadership and the notion of Service transfers well into business and community as a transformational style of leadership. Such leaders thrive on environments which require measured, charismatic and innovative leadership; they lead and inspire teams with purpose, integrity, discipline and self-sacrifice, building trust and emotional bonds which, whilst allowing a degree of autonomy, stimulate loyalty, passion, innovation, performance and respect for others.

Transactional leaders (in contrast) give employees something they want in exchange for getting something they want in the belief that workers are not self-motivated and require structure, instruction and monitoring in order to complete tasks correctly and on time. (Major General Julian Thompson (Commanding 3 Brigade in the Falklands Conflict 1982) differentiates the two styles as Fixed (things) = management; Variables (people) = leadership.)

Ultimately, Service to me is a genuine and non-negotiable commitment of loyalty and dedication to Queen, Country and Community buttressed by the subjection of ego to the collective good and delivered through the earned privilege of leadership. Field Marshal Sir William Slim has the last word in `Serve To Lead’ with the following heading and quote:

‘Unselfishness, as far as you are concerned means simply this – you will put first the honour and interests of your country and your regiment; next you will put the safety, well-being and comfort of your men; and last – and last all the time – you will put your own interest, your own safety, your own comfort’.

I see so many of those qualities, values and standards in Queen Elizabeth, who, despite the scandals and human frailties besetting her heirs and successors, still inspires the same loyalty and devotion I swore to uphold forty-one years ago during which I had the privilege to serve her as an officer in the Coldstream Guards and as a Deputy Lieutenant of Merseyside.

Edward Perry was commissioned as a Deputy Lieutenant in April 2019.

Edward was born in Northumberland and educated at Ampleforth College in North Yorkshire. He spent a year considering a career in the wine trade working in Porto and Paris before joining the Army being commissioned from Sandhurst in 1982 into the Coldstream Guards in 1982. He served in Germany, Belize, Kenya, N. Ireland and Cyprus as well as carrying out public duties in London, leaving the Army as a Captain in 1989. Edward currently lives in Staindrop.

A local nurse shares her perspective on service within the community

Staindrop School have been ticking off their 70 Acts of Service!